A Brief History of Cellular Therapy

Montreux, Switzerland | February 1st, 2021 – Cellular therapy is generally considered to be a modern and innovative form of treatment. However, the capability to improve the health or performance of individuals using the tissue of another is an ancient conception, long before the discovery of the cell itself. In Roman mythology there is evidence of exsanguination and reinjection, but until the 16th-century blood and tissue were mostly ingested rather than given parenterally. The first known device to infuse tissue from donor to the recipient as described by Andreas Libaveus, a German chemist in the late 1500s. It predates the discovery of cells by the Englishman Robert Hooke who invented the term “cell”. In 1665 after observing the enlarged bark cells of Quercus suber (cork), Antoni van Leeuwenhoek in the Netherlands built the first practical microscope capable of observing living cells around 1675 but understanding cell functions and the outcome of pathologies on cells required several hundred years of progress.

In the 20th century, safe and successful blood transfusion, organ transplantation, and assisted fertility have become common, as well as utilizing functional tissue to treat disease in human recipients. Nevertheless, the uses of donor tissue to treat deficiencies were limited to “like for like” (blood for blood, skin for skin, cornea for cornea, etc.) until the beginning of the 21st century. The potential of pluripotent stem cells, capable of differentiating into many (or any) tissues types, has now been recognized, as well as the development of tools necessary to enable new clinical therapeutic targets and products.

The term “stem cell” was originally coined by German biologist Ernst Haeckel in 1868, referring to a fertilized egg or an undifferentiated embryo. The term no longer has this specific meaning, but it was in embryology that the concept of single precursor cells differentiating into multiple tissues was first widely studied.

At the start of the 20th century, recognition of the role of stem cells and other undifferentiated cells in adult organisms became known through the study of blood cell lines from single precursor cells. The knowledge that the bone marrow contained hematopoietic (blood-forming) cells led to the first human bone marrow transplant (between identical twins) in 1957. The first transplants from independent donors were possible in the mid-1970s. This work resulted in a Nobel Prize for American researchers Joseph Murray and Donnel Thomas. 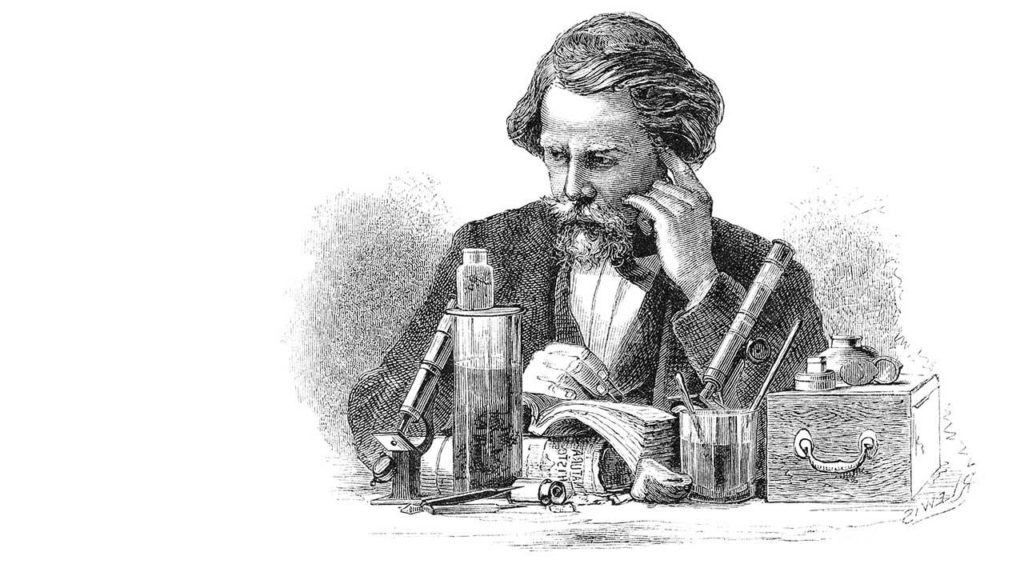 While it was well recognized that stem cells were constituents of embryonic tissues and bone marrow, these tissues are expensive and problematic to obtain easily. Moreover, it raises ethical and legal questions regarding their collection and uses, especially when envisaged for commercial puposes. It was not until the end of the 20th century that these cells were acknowledged in another kind of tissue. This recognition provided a basis for the collection, manipulation, and potential use of stem cells and other undifferentiated cells for therapy without resorting to embryonic or bone marrow materials. It can be seen as a transformational event in the design of large-scale commercial cell therapy products.

One undifferentiated cell type with particular potential in cellular therapy is the mesenchymal stromal cell (MSC). Formerly known as a mesenchymal stem cell, it was first identified by a Russian researcher Alexander Maximow in 1924, although the term MSC had not yet been referenced. This cell was then characterized by researchers who recognized its potential to differentiate into tissues such as bone, cartilage, muscle, and fat. Since the differentiation destination of MSCs is not fully pluripotent, these cells have more recently become known as “mesenchymal stromal cells” retaining the acronym MSC but not strictly “stem” cells.

MSCs have the potential to be versatile therapeutic agents for several conditions affecting the tissues in which they can differentiate. They respond strongly to injury and inflammation and therefore play a central role in tissue repair and regeneration. Surprisingly, MSCs can perform this role in both autologous and allogeneic (unrelated) recipients, opening up the possibility of using pre-prepared donor materials. Which gives the possibility to create larger-scale production and at a lower cost, in order to make it accessible to any patients.

Over the past 10 to 15 years, it has become recognized that the potential for repair and regeneration of MSCs can be harnessed and controlled for therapeutic purposes. More convenient tissue sources, the refinement of selection and expansion protocols, and the discreet targeting of specific pathologies are advancing rapidly. It is leading to a wide range of new therapeutics in clinical development pipelines around the world, potentially delivering more effective, safer, and cost-effective treatments to millions of patients.

It is clear that some cell therapies will continue a rapid phase of development and testing. The wide use of cell therapy products for an extensive range of regenerative functions is likely over the next decade or two years. There is also a potential for cellular therapy treatments for major affecting diseases such as cardiovascular disease, diabetes, cancer, etc. such as cosmetics or anti-aging treatments. It is possible that some of these treatments will be carried out completely in completely new markets, but also that cell therapies will supplant some conventional drug therapies, even those which are today carried out (often inadequately) by “successful” drugs.

The degree of penetration into developed and developing markets may track that of any recent innovations in healthcare, but this is a wave of innovation that might see developing markets as early adopters. Completely missing out on a generation of expensive proprietary chemical drugs that have dominated pharmaceuticals in developed markets for the past three decades. Significant involvement in cell therapy research and innovation outside of Europe, North America, and Japan is an early sign of this trend. It seems likely that the big pharmaceutical industry players will continue to be important in the cell therapy product market. Either through their ability to fund research and product development or through the aggressive acquisition of successful innovators.

It is also likely that only a few “big” ventures will emerge in this domain, which has not yet been fully embraced by companies in the conventional medicine business. What is certain is that there will only be a few “fully integrated” companies in the market that do everything from discovery, raw material sourcing, R&D, production to marketing and sales. Each aspect involves new challenges, new skills, and innovative business leveraging. We can therefore expect companies that undertake different stages of the process to strengthen their position as specialist service providers with the ability to influence their own specialized capabilities. This is a positive trend that can lower overall costs and help bring good products to market faster.