ABOUT US | MedXCell is a European cell therapy venture builder with a strong industrial mindset and a global perspective. Our focus is on technologies, techniques or novel applications in major diseases such as cancer, autoimmune, neurological and degenerative disorders. Established in 2018, we have offices in Switzerland, the EU (France) and the US (Cambridge, MA) and a multidisciplinary expert team with entrepreneurial, clinical, operational, business development and funding capabilities.

We scout for promising ideas within our European academic network of partners;

We take the selected opportunities in-house and co-develop with the academic institutions the most commercially-viable ideas until the proof-of-principle stage;
2

We create pipeline companies – as self-standing ventures - based on those ideas that we believe could have a life of their own and can be funded independently and monetise those that can be sold or out-licensed as early-stage assets;
3

We continue to support our pipeline companies financially and operationally and integrate co-investors until liquidity events such as a sale (trade or private equity) or an IPO.
4
0
Advanced pre-clinical assets
+0
Projects in the pipeline
+0
Employees

Our advantage is that we can:

TEAM | MedXCell has a core expertise in cellular therapies, with decades of relevant experience among its employees. There is a particularly strong experience in working at the academic / industry interface and bringing academic technology developments to successful monetization. In addition, MedXCell’s executives have extensive experience in technology evaluation, IP creation, translational development, pharmaceutical product development, clinical practice and registration. 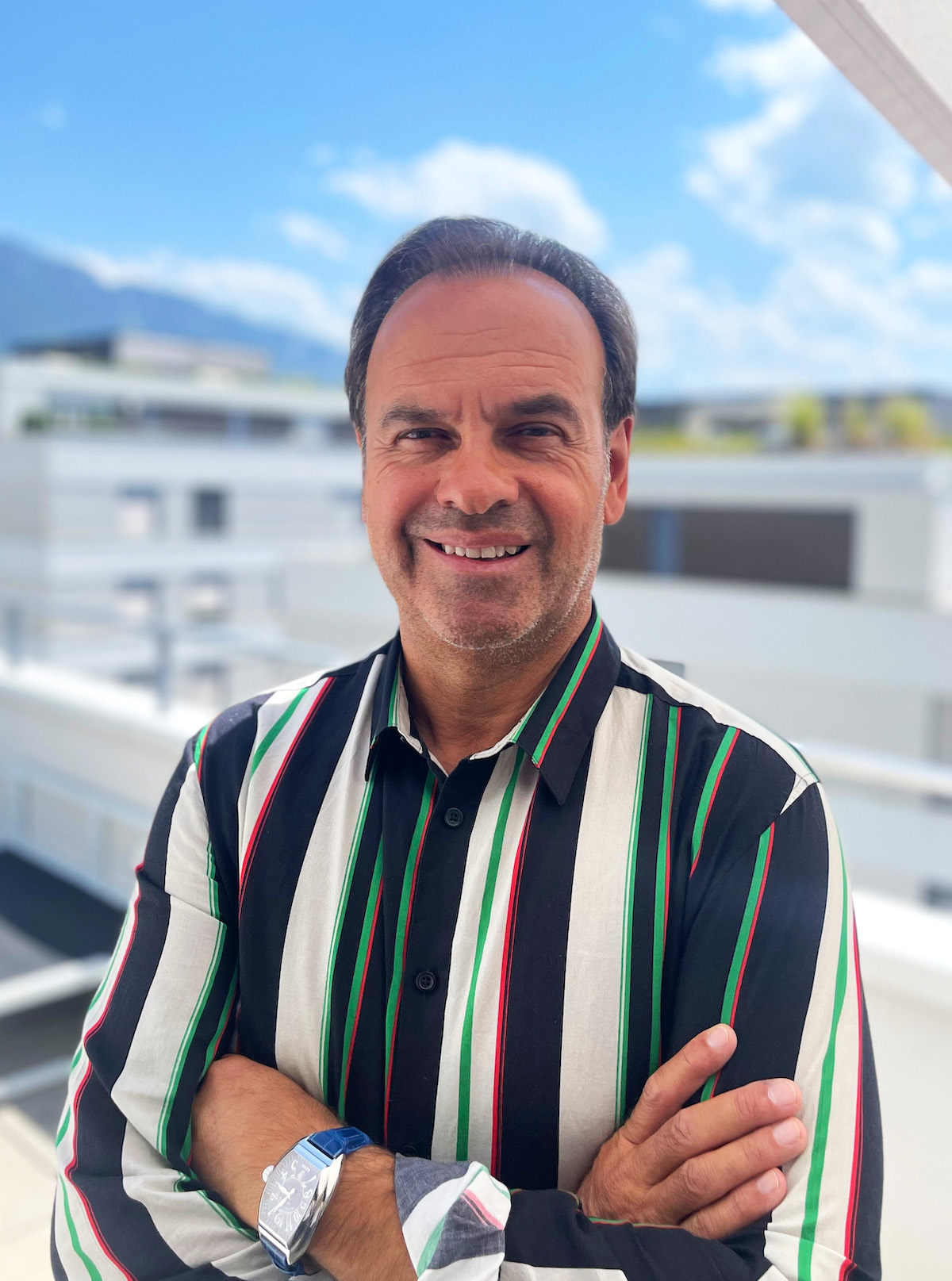 FOUNDER, CEO & VICE-CHAIRMAN OF THE BOARD

Serial entrepreneur with over 30 years of experience, Laurent has repeatedly proven his success in identifying opportunities, and in creating the infrastructure, strategy and team that would turn ideas into successful businesses. Constantly driven by his vision and desire to innovate, and his ability to surround himself with right people and to attract funding, Laurent founded and led a number of companies in the field of insurance, real estate, construction and art.

Laurent started building the MedXCell Group in 2016, inspired by the cutting-edge healthcare research at the University of Montpellier (France), and by the gap between how much easier it is to turn academic discoveries into clinical assets in the US versus Europe.

Laurent’s vision was to create a nucleus of top-quality professionals with complementary backgrounds that could turn promising academic ideas into commercially viable propositions, which is how the MedXCell venture builder was born.

Alan has more than 40 years experience in management and business experience in diagnostics, pharmaceutical and biotechnology industries. Throughout his career, Alan had substantial profit and loss responsibility, experience in raising capital and was responsible for the launch of over 30 clinical products. Alan was previously VP Research & Business Development at Serono in Boston, MA. He has been the Founder, Chairman & CEO of a feu pharmaceutical start-up companies among which Optimumme Diagnostic (acquired by Quantimmune Systems).

Alan has a PhD in Biosciences from North East Surrey College of Technology. 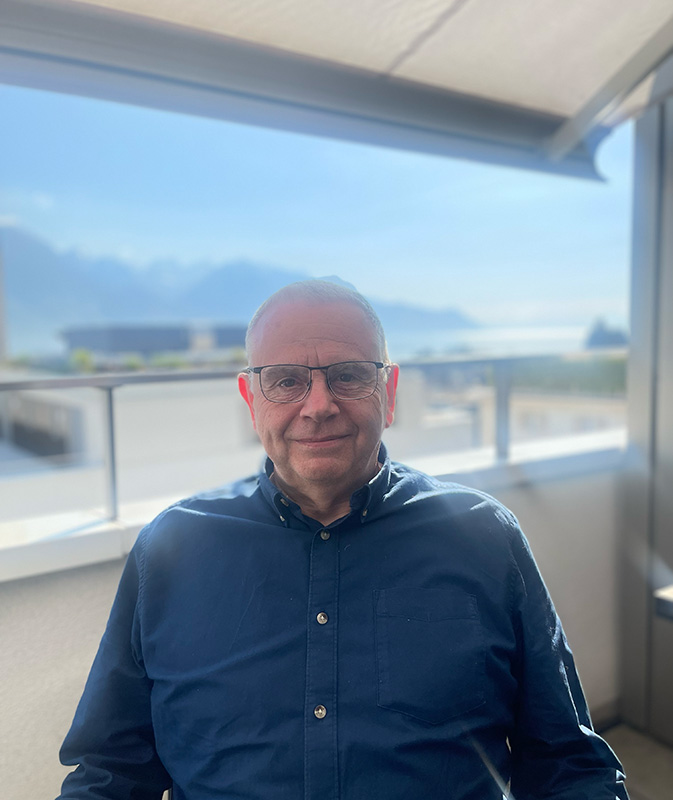 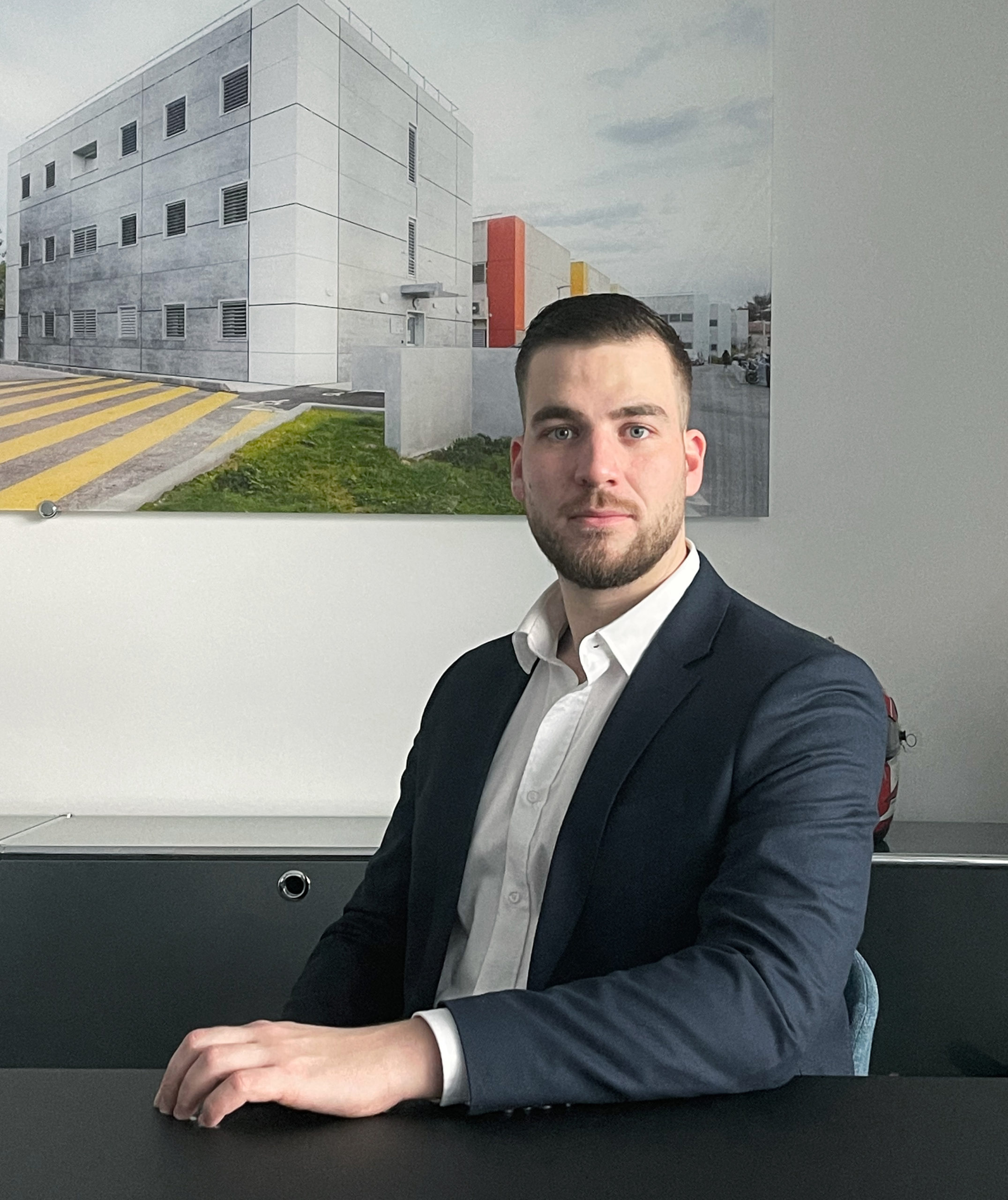 Financial manager with experience in raising cash for start-ups.

Lionel Brodard has solid entrepreneurial and financial experience. Before joining MedXCell, Lionel worked at Celgene and and co-founded 2 start-up companies in the tech industry, in Switzerland and in China. He participated in several fundraising with private investors.  Lionel joined MedXCell in September 2019, first as Finance Manager and then as CFO. He is in charge of the financial management of the MedXCell and its pipeline companies.

Lionel graduated from Ecole Polytechnique Fédérale de Lausanne (EPFL), Switzerland with a MSc. in Financial Engineering and a CAS in Management of Biotech, Medtech and Pharma Ventures.

CHAIRMAN OF THE BOARD

Anh Nguyen is an experienced biotechnology entrepreneur. He is the founder and Chairman of MedinCell (symbol: MEDCL), a biotechnology company listed on the Euronext Stock Exchange. He started his career in the US. He co-founded Syntro, first listed on NASDAQ in 1987, and Invitrogen, first listed on NASDAQ in 1999, which later became Life Technologies and was acquired by ThermoFisher in 2013 for US$16 billion.

Anh is a molecular biologist with a PhD from the University of California at San Diego, and also completed the MBA program at the MIT Sloan School of Management. 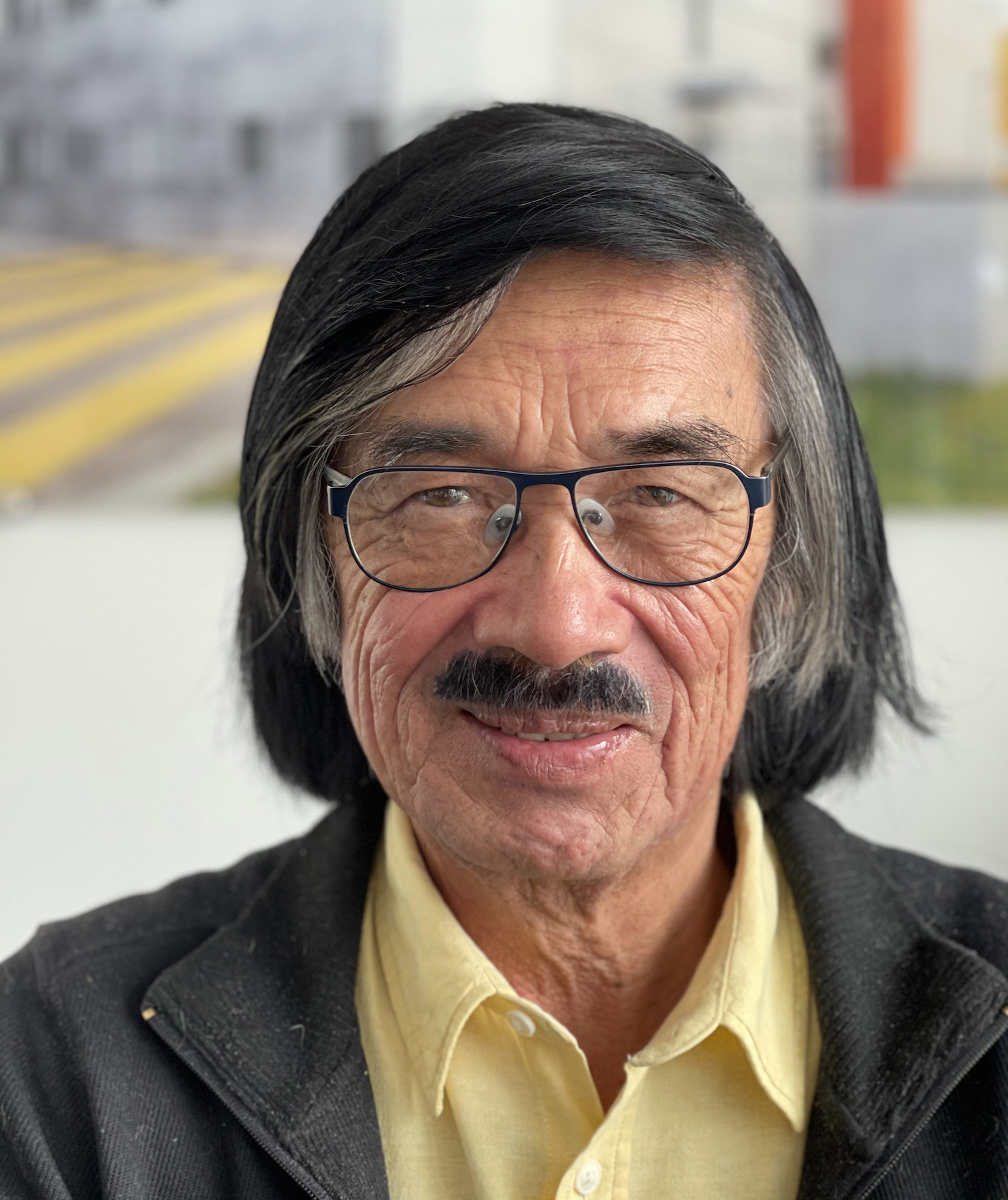 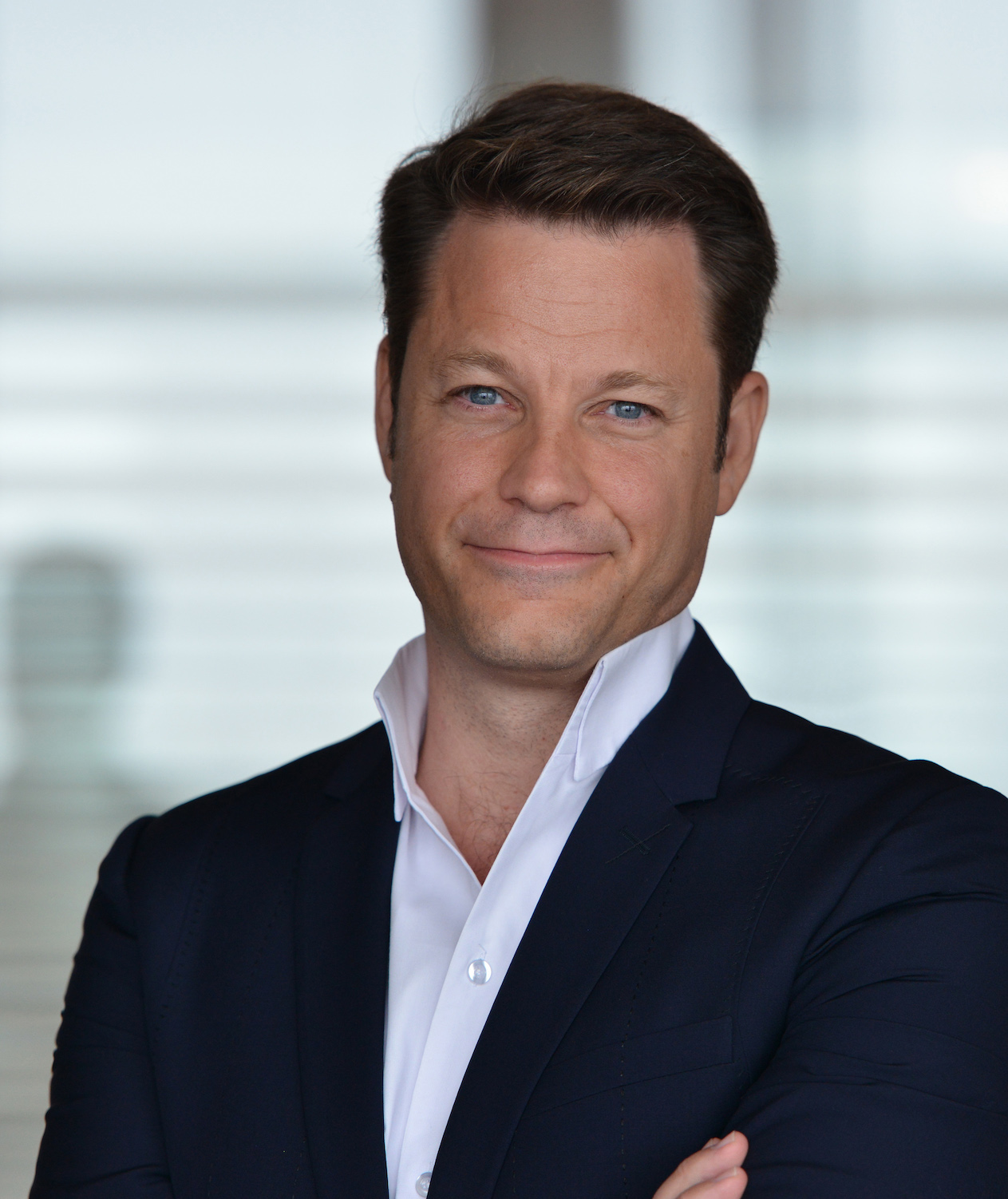 Gabriel Baertschi is the Chairman of the Corporate Executive Board and Chief Executive Officer of the Grünenthal Group (€ 1,5B Sales, 4’500 employees in 2021). Gabriel has more than 20 years of international experience in the pharmaceutical industry; most of the time he worked for AstraZeneca. Before taking over the position at Grünenthal, he was country president in Japan (2013 – 2016). Previously, he served as country president for Germany (2010 – 2012), Thailand (2009 – 2010) and Vietnam (2006 – 2009).

Prior to his appointment to senior management Gabriel held various strategic functions in international sales and marketing. After studying biology at the University of Neuchâtel he started his career as a sales representative in the medical sector for Servier in Switzerland.

Andrew Galazka has worked in the biopharmaceutical industry for over 35 years and held positions of increasing responsibility in global headquarters organizations at several companies including Biogen, GSK, Serono and Merck Healthcare. He has led organizations in Drug Development, Medical, Regulatory, Strategic Marketing and Investor Communications. He was responsible for Serono’s listing on the NYSE, thus raising over $2 billion from institutional investors. However, his main area of expertise is in drug development and regulatory strategy, and he has overseen the successful development and approval of well-known products across several therapeutic areas.

In recent years at Merck Healthcare, he successfully achieved the renaissance of Mavenclad in multiple sclerosis after it had been rejected by EMA and FDA in 2012. Under his leadership a re-development strategy was devised and agreed with key regulators, long-term clinical data were collected, analyzed and written-up, forming the backbone of new regulatory submissions worldwide, which have thus far resulted in approval in 90 countries.

Andrew holds a medical degree (with distinction) from Cambridge University following a master’s degree in pathology and pharmacology. 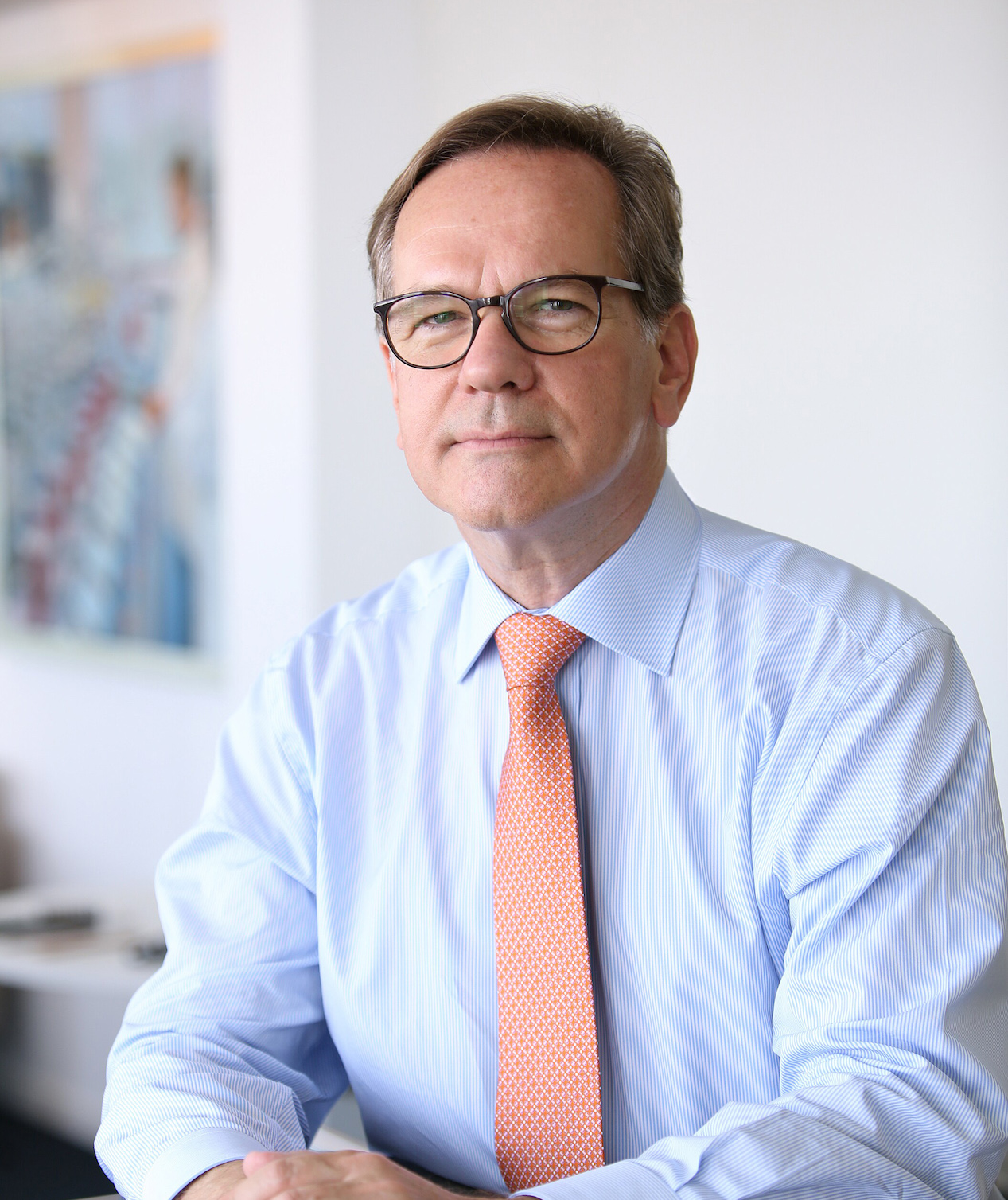 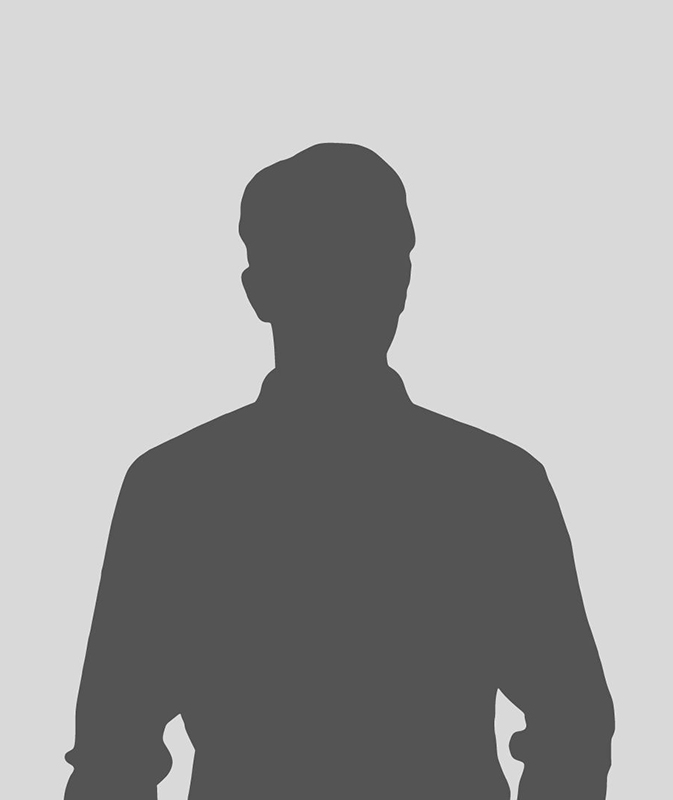 John McMannis Ph.D. has 30 years of experience in clinical cellular therapy trials and cell therapy manufacturing in both academic and commercial environments. He most recently served as SVP, Head of Manufacturing at Mesoblast, a cell therapy listed company developing and commercialising innovative allogeneic cellular medicines to treat complex inflammatory diseases. Before joining Mesoblast, John served at the University of Texas MD Anderson Cancer Center as a Professor of Medicine from 1999 to 2011, and as the Director of the Cell Therapy Laboratory from 1999 to 2011, and as the Technical Director of the Cord Blood Bank from 2008 to 2011.

Before his tenure at the University of Texas MD Anderson Cancer Center, John was a Senior Director Technical Affairs at the Immunotherapy Division of Baxter and Therapy Scientist at COBE BCT (now Terumo BCT). John has served on the scientific advisory boards at BioSafe SA, Biolife Solutions, Inc., and General Electric and on the board of directors for the American Association of Blood Banks, or AABB, and the National Marrow Donor Program, or NMDP, which operates the “Be the Match” donor program.

Jean-Jacques de Dardel, PhD, is a Swiss career diplomat with extensive experience . He is the former Swiss Ambassador to The People’s Republic of China, to Mongolia and the DPRK (2014-2019),  to France and Monaco (2011-2014), UNESCO and OIF (2013). He is the former Head of the Swiss DFA Division in charge of Europe, Central Asia, Council of Europe and OSCE. In 2001, he founded and directed the DFA Centre for International Security Policy.

Following his retirement from his diplomatic career in 2019, he became a consultant and strategic advisor to numerous companies and institutions. He currently is a professor of international relations- and Vice-President of the Xinrui Business School, a partner institution of the University of Zurich. He is also President of the Lemania International School in Altdorf, the Sino-Swiss Friendship Education Association and the Sino-Swiss Cultural and Economic Center. He is board member of the Swiss Centers China, of CONINCO Explorers in Finance SA, Monart Co., Westminster Academy and Chairman of Sinoglade International Consulting, a company devoted to Sino-Swiss and Sino-European business relations.

Jean-Jacques holds a Master’s in economics from the University of Geneva and a PhD in International Relations from Geneva’s Graduate Institute of Higher International Studies (IUHEI/IHEID). He entered the Swiss diplomatic service in 1981 and served in Bern and Vienna. 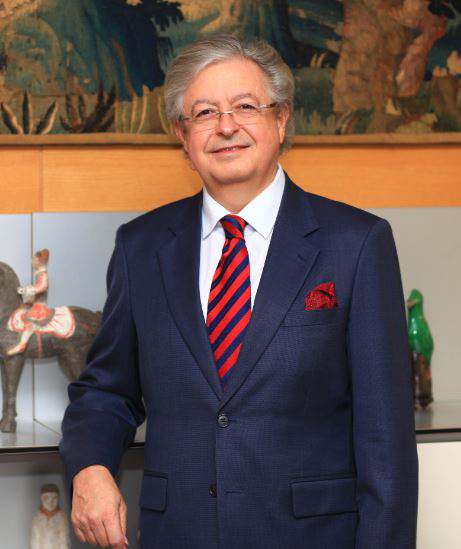